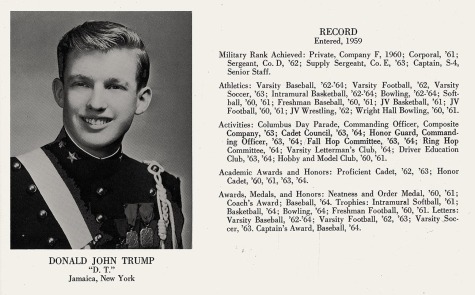 What have we learned in the last fifteen years? Our perennially American lust for blood after the 9/11 attacks led us to an unpopular war in Afghanistan and an exponentially disastrous war in Iraq. Ignoring the destabilization of an entire region, the millions of displaced and dead foreign civilians, and the massive worldwide disgust aimed at America (if you can), let’s crunch some numbers: a 2013 study by Harvard estimated that the total cost of both wars was between $4 to $6 trillion dollars. This is including veterans’ “medical care and disability benefits” which proved to be the “biggest ongoing expense”. This accounted for “20 percent of the debt incurred between 2001 and 2012”.

So why are so many Average Joes and Josephines so hard up for war? I think the answer lies in a nationwide obsession with nostalgia. Every year, it seems like there is a media that attempts to repackage and reframe our involvement in the Second World War in the most jingoistic terms as possible. In spite of representing the largest loss of life in recorded history, World War II was the last war that we as Americans can see our role in as necessary, our victory definitive, and not have to deal with the murky morality that hangs over all of our conflicts since (and a lot before).

This is reflected in the nationalistic language President Donald Trump uses to justify a $54 billion increase in military spending (3% higher than former President Barack Obama’s proposed budget): “winning”, he emphasized. This would be concurrent with “tens of billions in reductions to the Environmental Protection Agency and State Department”, longtime targets of Republican lawmakers, as well as “social safety net programs”, with the “big entitlement programs for retirees” being the exceptions. This would also put us exponentially ahead of every other country on the planet in terms of military spending, which takes up one-sixth of our budget.

Representative Nancy Pelosi was quick to criticize the plan as “surrendering America’s leadership in innovation, education, science and clean energy” as well as “not putting American working families first”. This overlapped with a complaint from “more than 120 retired U.S. generals and admirals” who reiterated the need to “fully fund U.S. diplomacy and foreign aid” as well as programs that are considered to be preventative when it comes to potential future conflicts.

But, if I had to guess, I would say that President Trump is unfazed by these complaints. He spoke of when he “was young, in high school and college” where “everybody used to say we never lost a war”. Presumably, this is the time that he spent in the military academy and in college while his peers were drafted and fighting in Vietnam and Cambodia. I can’t imagine too many people recall those years as the good old days in exactly the same light that he does, but I do imagine he thanks God every night for bone spurs.

In spite of the cost, the trauma inflicted on American troops as well as the millions of displaced and dead foreign civilians, and the giant vacuum of resources and energy at the center of it all, Trump’s opinions and words are an accurate reflection of the desires of the people who voted for him. Speaking personally, I have lost count of the number of times someone has fantasized out loud about the number of countries they wish we could go to war with. Usually unprompted to boot.

I can only imagine that this is a frighteningly popular opinion, though Gallup polls conducted on public opinions of American wars throughout our recent history show an eventual buyer’s remorse. The problem is that the public goes into each war with high hopes only to eventually turn pessimistic when it is way too late to do anything. We aren’t afraid to admit to making mistakes, but what good does it do?

I also imagine a lot of it has to do with the warmongers of history wrapping themselves in the American flag and preying on public fear of our external enemies. A politician would risk career suicide to go against the protectionism promised by Republican hawks, especially at a time when Republicans have a majority control of practically everything. With Trump’s promise of a “robust military” and “winning again”, I hope that there are some lawmakers in Congress willing to cut past the macho bluster and curb the new administration’s appetite for conflict before, once again, it’s too late.

The views expressed in this post are of its author and do not necessarily represent those held by Heft.live.

Tagged as: Military, Politics, Trump, US